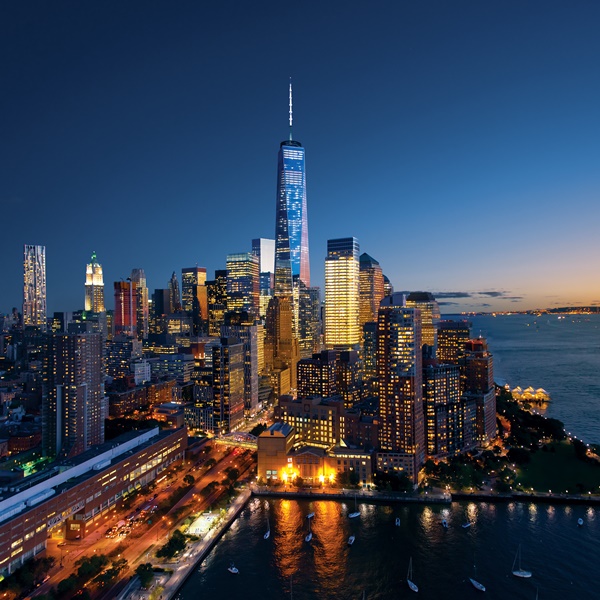 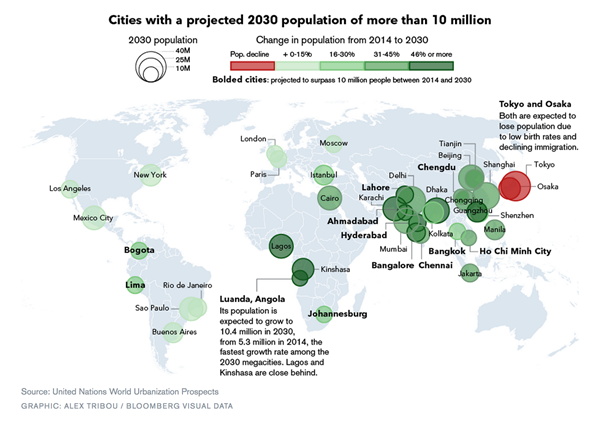 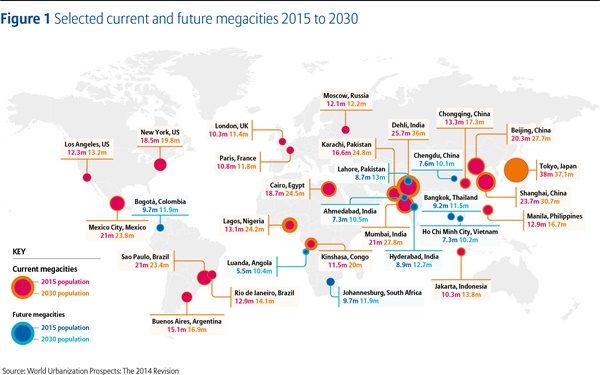 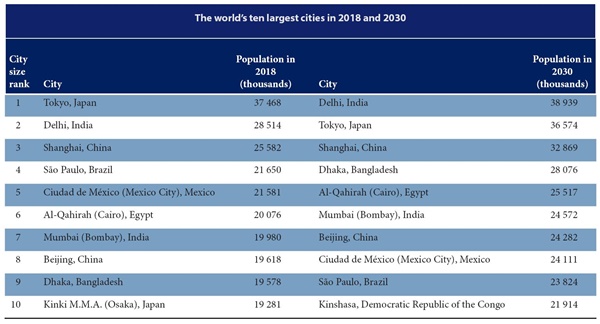 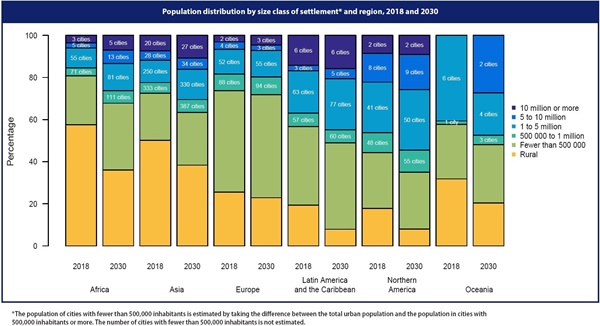 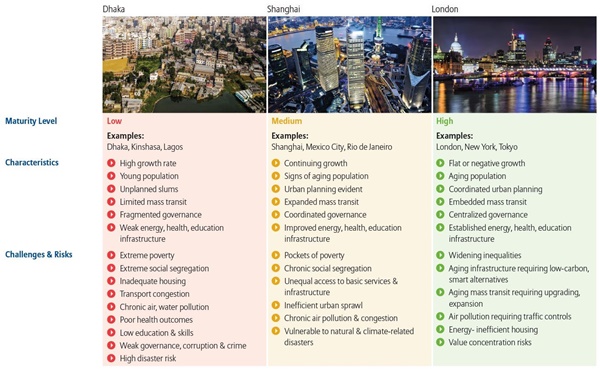 Look around, expanding urbanization and technological transformation are together the major forces that shape global economic future. A century ago people would have imagined that anybody would want to live in city shared with 10 million other people. However, by 1930s, we have witnessed the first metropolitan area qualifying megacity status quo, New York City. According to United Nations, home to more than 10 million inhabitants, the world’s megacities are growing in both size and number.

The United Nation estimates that in 2018 55.3% of the world’s population, 4.2 billion, live in urban settlements. This expect to reach 60% by 2030, and one in three people will live in cities with at least half a million inhabitants. When talking about “megacity,” a city with a population greater than 10 million, we tend to think of Tokyo, Shanghai, Los Angeles, and New York City. However, the megacities in 2030 might be consist of some of the unlikely as you think

ASIA AND AFRICA ARE BOOMING

Believe it or not! 90% of the population growth will be witnessed in Asia and Africa whereas large remote populations will be gradually moving towards the cities, according to the United Nation. Up-to-date, 22 of the world’s 33 megacities are located in Asia and Africa. Delhi will overtake Tokyo as the world’s largest city by 2030. Between 2018 and 2030, the population of Delhi is projected to increase by more than 10 million surpassing Tokyo as the world’s most populous city.

China will gain tow more megacities in Chengdu and Nanjing, and Bangladesh’s capital Dhaka, will become the fourth largest city in the world with the population of 28 million by 2030. Due to population shrinking and ageing, Japan will drop out from the top 10 megacities of the world by 2030. As for Africa, Cairo is set to remain the continent’s biggest city while Kinshasa in the Democratic Republic of Congo is on track to break into the world’s top 10.

THE DEVELOPMENT STAGES OF MEGACITIES

According to Allianz, megacity development maturities are categorized into three phases. Low maturity megacities such as Dhaka, Kinshasa, and Lagos are fast-growing youthful with many unplanned slums, minimal building standards and large informal economies. These cuties are characterized by enormous inequalities, relatively week administrations, fragmented public transportation, congestion and a shortage of basic services.

Medium maturity megacities like Shanghai, Sao Paulo, and Mexico City are growing at markedly slower rates and are beginning to age. They are richer and better governed than low-maturity megacities but do not necessarily boast superior infrastructure and urban planning. Unbridled traffic is one of the main problems as more and more people can afford a card, resulting in congestion, chaos, and air pollution.

High maturity megacities like Tokyo, New York City, London, and Paris have aging populations and infrastructure in need of modernization.  Their key strength is their wealth. These cities have the means to invest in innovative solutions. The Thames Barrier protecting London from flooding is a notable example. The public transportation system is highly developed, but may be in need of upgrading. Rising living costs are expanding gaps between rich and poor, leading to social exclusion and segregation.