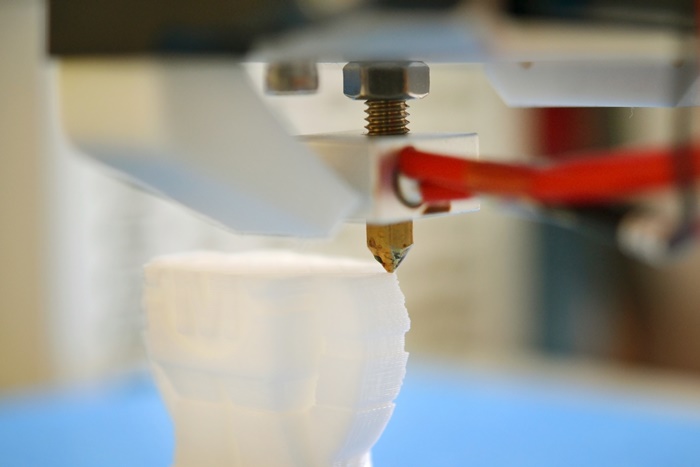 PRINT THE FUTURE WITH 3D PRINTING​ 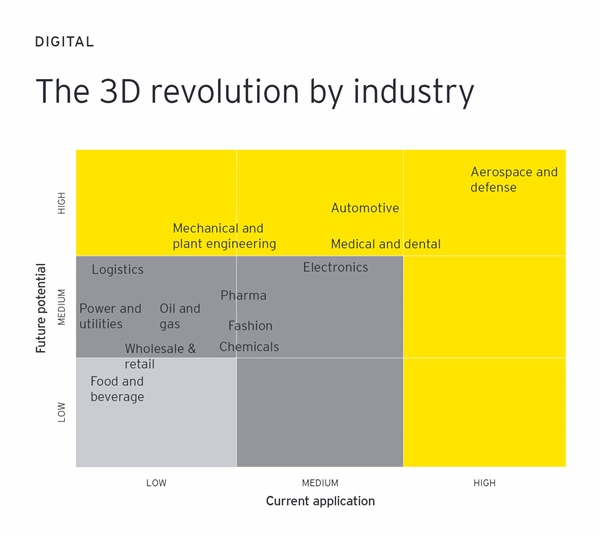 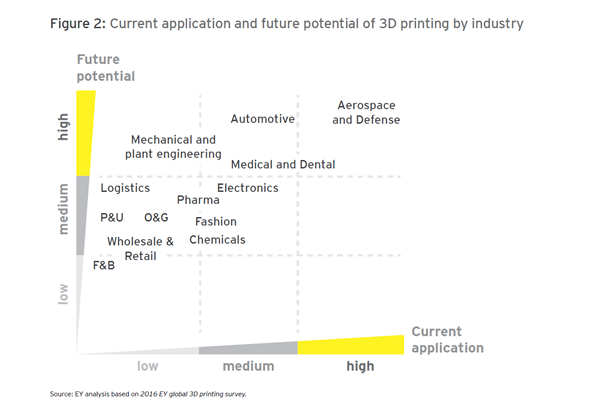 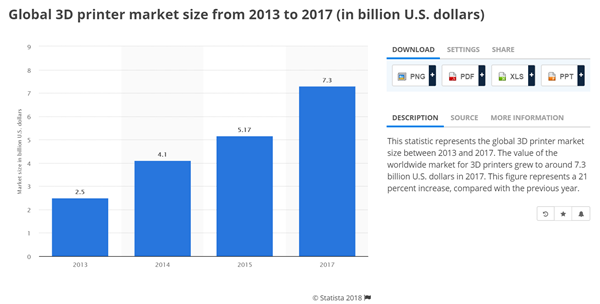 Who would have thought that 3D printing, a technology previously existing only in sci-fi films, has eventually come to live as the commercial possibilities for 3D printing span across industries and could mean a shift to a borderless world. The market for 3D printers, which build physical representations of digital models using additive manufacturing techniques or manipulating lasers to bind materials, used to be quite small because the printers were primarily used for rudimentary prototyping. However, new applications are continually appearing, and prices are dropping commensurate with demand.

To-date, 3D printing metals are widely utilized in sectors including aerospace & defense, automotive, and medical & dental. High speed of manufacturing and geometrical accuracy of the 3D printing technology is expected to have a positive impact on the demand. Increasing use of the technology in other fields such as construction, jewelry, industrial spare parts etc. is expected to fuel the development.

According to Accenture’s investments in the near future aimed toward adding speed, precision and capacity will allow 3D printers to create more complex products in larger volumes. The Department of Energy and machine tool manufacturer Cincinnati Inc. recently announced a partnership to create a 3D printer 200 to 500 times faster and 10 times larger than most current printers.

The Global 3D printing market is anticipated to grow from $ 7,130 million in 2016 to $56,909 million by 2025, at a CAGR of 26.08% between 2016 and 2025. 3D Printing is a process that deposits a binder material onto a powder bed along with the inkjet printers headed layer by layer. The 3D printing market is primarily driven by the following factors. Growing use of 3D printing enhancing manufacturing efficiencies, and benefits are enormous paralleled to traditional business

3D printing and additive manufacturing can be counted among the most disruptive technologies of our age, and they are predicted to be at the forefront of the fourth industrial revolution. Although the idea to 3D-print turbines or cylinder blocks may sound like science fiction to the ears of most people, three-dimensional printing has outgrown its initial use of being a mere tool for the manufacture of prototypes. Tooling components and patterns for metal castings represent an area of opportunity. The global market for 3D printing and services is expected to grow to almost 50 billion U.S. dollars by 2025.

3D METAL PRINTING ON THE RIESE

The global 3D printing metals market size was valued at USD 192.9 million in 2015. Metals have been witnessing significant growth in the 3D printing market due to high strength and lightweight of the finished product. Various end-use industries have been trying to inculcate metal 3D printers as mainstream manufacturing equipment in order to reduce their lead time and increase profitability, which is expected to drive the market.

Not surprisingly, availability of 3D printers in various sizes and capabilities is expected to fuel the market growth. However, high cost of the product and expensive process due to necessity of pure metals is anticipated to hinder the market growth. Intensive R&D is being conducted by the market players in order to develop application specific materials and compatible printers.

North America dominated the market share and is expected to display CAGR over 30% in terms of revenue. The presence of bigger companies that can afford 3D printing technology and early adoption of the technology are expected to propel the growth of the 3D printing metals market across the region. Recent changes in the policies across the U.S. is expected to be favorable for 3D printable material growth. Policies to increase investment in defense and manufacturing sector are likely to fuel the demand of the market. Increase of R&D in the market across the region is further expected to drive the product development.

Asia Pacific is anticipated to witness significant growth, driven by rapidly growing manufacturing sector and high economic development in China, India, and South East Asian countries. However, high initial capital to adopt the technology is likely to restrain demand for 3D printing metal markets. And China is expected to record high growth in utilizing the technology in the automotive industry. The economy being one of the largest manufacturers of automotive is likely to support the development of the product. Favorable government regulations are expected to bolster the market further across the economy.

Look around and you will see everybody has already been moving. 3D printing metal manufacturers have been involved in mergers & acquisitions and the opening of new offices in order increase business operations in terms of production, distribution, and sales. Recently, Voxeljet AG has approached Suzhou Meimai Fast Manufacturing Technology Co for a joint venture enabling the company to enter Chinese markets.

Figure: 3D Printing Use and Application