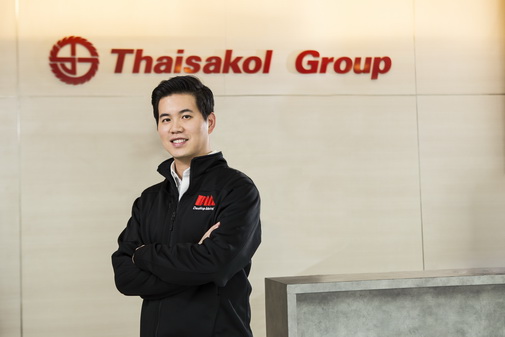 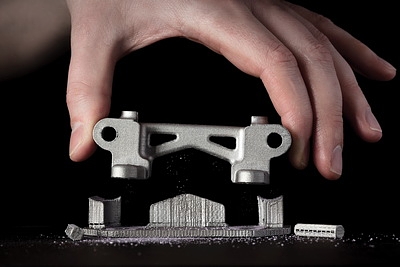 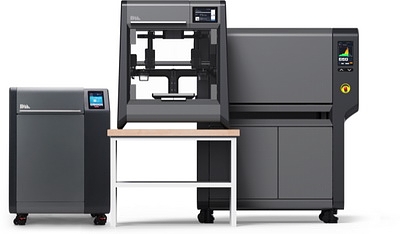 Mr. Panitan Kobkulsuwan, Director of Thaisakol Group Co., Ltd., a young director with a great vision, talks about his viewpoints regarding Industry 4.0 which is starting to play a role in Thailand: “Now Industry 4.0 is a way to develop industries towards a new manufacturing system with advanced technologies to achieve much better effectiveness. Thailand is in its early stage. In the past year, we have seen that technologies are playing a more significant role such as automation system, robot, system integration (SI) or cloud system. However, one of the most powerful influences which can be the next game changer to the point that it affects and revolutionize the world’s manufacturing industries is Additive Manufacturing.”​

What is Additive Manufacturing?

“Thaisakol is looking at the technologies which can be used from now for up to 50 years in the future. 3D printing technology is one of such technologies. Although it is not new, it is still worth mentioning. There is a tendency that it can change the world’s manufacturing industry in the near future.” Mr. Panitan also points out 5 main features which make this technology useful for Industry 4.0. These are:

1. Zero Tooling: In automotive industry, there are many tooling devices and each of them costs a lot of money, up to million Baht. It also takes a long time, or a month, to manufacture. Therefore, if a car needs a new model, there is a high investment cost and it requires a long time to make a new model. However, with Metal 3D Printer, we may skip many procedures and there is no need to use tooling. Manufacturers can produce many parts by changing drawing file design while they still use the same machines in order to reduce the investment cost in the long run.

3. Parts and weight reduction: Metal 3D Printer can reduce the number of parts manufactured. To illustrate, a private jet engine which is manufactured according to the current method of production requires many parts, up to hundreds or thousands of parts. However, the production by 3D Printer is different in that it can print according to the consolidation of assemblies, resulting in the requirement of only one or up to ten parts. Another advantage is that the weight of the workpiece is reduced. Besides, lattice structure can be made to reduce the use of material by at least 30%.

4. Freedom of design: Metal parts can be designed freely in terms of internal and external structures without considering whether they can be manufactured or assembled because it is not similar to other conventional machines such as conformal cooling channels in mold inserts which other procedures cannot perform. It can increase the effectiveness of mold inserts. This free design of metal parts is the drive towards research and development (R&D) in industries in a quick and efficient manner.

5. Warehouse in the cloud:  Many manufacturers have many branches and resellers throughout the world. Therefore, there is no need to keep spare parts in each branch because the workpiece is saved as Drawing Part which can be downloaded immediately through cloud system and every kind of workpiece can be manufactured by one machine when a customer requests an on-demand print.

A Superb innovation by the world’s leading manufacturer

Mr. Panitan concludes, “At the present moment, Thaisakol Group has imported innovations from start up companies around the world under the term ‘Desktop Metal’ which is gathered by researchers, scientists, and senior experts in 3D Printing from MIT through a large amount of financial support from the world’s leading companies such as Google Venture, BMW, GE, NEA, KPCB and LUX.  They revolutionize Metal 3D Printer by launching a Metal 3D Printing device which is 10 times cheaper than the market price and performs 100 times faster, enough to change the manufacturing process in many industries. Besides, it changes Metal 3D Printer from Desktop Metal to become the first device to manufacture workpieces at the mass production scale.” Thaisakol Group will launch it for the first time in Thailand and ASEAN in INTERMACH 2018 between 16 and 19 May 2018 at BITEC Bangna, Hall 101 Booth T2.